RESISTANCE RADIO: THE MAN IN THE HIGH CASTLE ALBUM

HEAR SHARON VAN ETTEN’S “THE END OF THE WORLD” NOW VIA NPR: http://n.pr/2lmbUb7 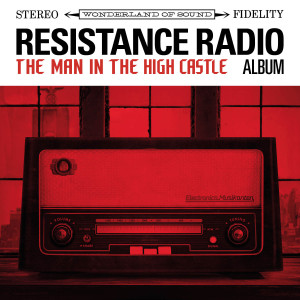 Brian Burton – aka Danger Mouse – and his label 30th Century Records are pleased to confirm an ambitious new project entitled ‘Resistance Radio: The Man In The High Castle Album’ out April 7th. Produced and created by Burton and Sam Cohen, ‘Resistance Radio’ is an imagined soundtrack to the Amazon Original Series, ‘The Man In The High Castle.’ The project features Beck, Kelis, Norah Jones, The Shins, Angel Olsen, Benjamin Booker, Karen O + many more, all covering songs from the early 1960s – the time period in which the show is set. Full tracklist below.

Burton spoke with NPR Music’s Bob Boilen this morning about the genesis of the project, and previewed key tracks from the album: http://n.pr/2mml6f8

“The End of the World” as well as Cohen’s “The House of the Rising Sun” are available for download and streaming today. Stream both tracks here: http://smarturl.it/TMITHCsp

The project is a unique expansion of the ‘The Man In The High Castle’ storyline, which takes place 17 years after the Allied Powers lost World War II, with America divided and controlled by the Greater Nazi Reich in the East and the Japanese Pacific States in the West. While none of the songs appear on the show itself, ‘Resistance Radio’ takes its name from the from the pirate radio network featured in Season 2 and the collection envisions songs one might hear on it. Burton says of the project, “We were inspired by the original songs and wanted to see if we could transport current singers back to that time. It was equal parts science fiction and musical.” Cohen adds, “It was a fun exercise to take newness completely out of the equation. We were doing old songs in the style of the period and shooting for sonic authenticity. It boiled everything down to the performances.”

On Monday March 6th, Amazon will launch ResistanceRadio.com, which will feature original narrative storytelling in addition to the music from the soundtrack.

In addition, on March 14th, Burton and Cohen will host a ‘Resistance Radio’ event at The Belmont in Austin for SXSW featuring Cohen, Benjamin Booker, Kevin Morby, Kelis, Grandaddy + more performing songs from the soundtrack as well as their own original material. Show poster below.

Over the last decade, Burton has become one of the most sought-after and influential producers of a generation. Between his work as a member of Gnarls Barkley and Broken Bells, and production credits that range from The Black Keys, Adele, A$AP Rocky + more, he’s been nominated for 18 Grammys and won 6. He launched 30th Century Records in 2015 in collaboration with Columbia Records.

Cohen has produced the latest albums from Kevin Morby and Benjamin Booker, and his debut LP ‘Cool It’ was released last year on 30th Century Records.