WATCH THE VIDEO FOR NEW SINGLE ‘SHAME BLUES’ OUT NOW 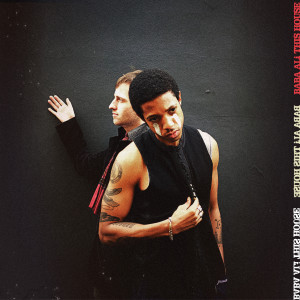 UK-via-NYC artist Baba Ali makes his debut on 30th Century Records with the release of his genre-bending new EP This House, available to stream and download now.

‘Shame Blues’ is the first song Baba Ali wrote for the EP and his playful mediation on the concept of shame; it is the follow up to his breakout track ‘House’ which saw him A-listed on BBC 6Music and added to a slew of summer festivals.

“This House marks a point of evolution in my songwriting”, says Baba Ali. “There’s more grit and attitude to the sound, which reflects my recent experiences and what I’ve observed out in the world. What’s remained is the perspective I write from, and I’ve toyed with the balance between playing the journalist and being the jester.”

Listen to This House EP

Born in New York, Baba Ali was previously part of the future-soul duo Voices of Black, before moving to the UK to undertake a masters degree in fine art at Goldsmiths. He released his debut solo Nomad EP in 2017 and tours with the likes of Gold Panda, Shigeto, Kele Okereke and Jonny Greenwood’s Junun project followed.

A new set of music, recorded with The Kills’ Jamie Hince in LA, found their way to acclaimed artist-producer Brian Burton, AKA Danger Mouse, who made Baba the latest signing to his 30th Century Records label.

Those songs became the four-track This House EP – a perfect entry point to what Baba Ali has to offer. Opening track and previous single ‘House’ provides the launching point for Ali and Hince’s collaboration – the spiky, swaggering single broke down all the walls and allowed the floodgates to open for the remainder of the project. ‘Cirque de Bizarre’ elaborates on a melody that was locked inside Ali’s head since he was a teenager. With the help of Hince, he was finally able to crack the code and unleash the hook-laden track. ‘El Dorado’ ties together the bluesy tones within the EP while adding in more experimental elements. It is, as Ali puts it, “an apt way to close out the EP with an eye on the future.”