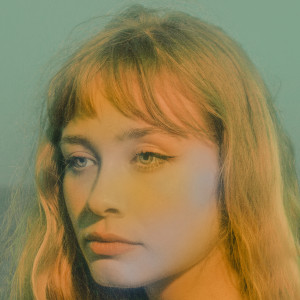 Artwork credit: Dana Trippe
“Portland’s mystery girl (VICE)” may no longer be a kept secret, but Alexandra Savior can never be fully figured out. However, she’s down a lot of growing up in the past few years and this shines through as she shares her sophomore album, The Archer, today, January 10, via 30th Century Records.
Billboard, who exclusively premiered her album, says she is “more empowered and focused than she was before,” and also that “she acknowledges there’s an intentional #MeToo aspect to many of the new songs… Savior also struggled through an abusive personal relationship that she says many of The Archer’s songs are about.”
In her own words, Savior explains, saying:
“I think I went through a period of time where I was very innocent and I was being taken advantage of by a lot of manipulative forces in my life… I was very young and naive when I first left home and came into the music industry. I think I was prey for a lot of those sort of characters to come in and control what I was doing. I never felt I was being seen for who I was; I was being seen for what they could push me into and what was most sellable.
It was only when I was rejected by those forces when I began to have a voice… I wrote from a place of being rejected and confused, insecure and angry and depressed. But I was writing about me, and I think creatively there was a weight lifted off of me and I feel like so much has opened up to me. I think I have a lot less anxiety in general now.”
The Archer, which was produced by Sam Cohen, often known as a fan of collaboration, most recently teaming up with Kevin Morby for his Oh My God album. On working with Savior, Cohen says, “It’s really a joy to work with someone who’s got such a strong sense of melody and also such a strong sense of what she wants stylistically.”
Ladygunn says, “Savior has a unique voice that veers away from the cookie cutter pop that is dominating the mainstream right now.” The new album showcases that standout vocality Savior is now known for, and also weaves a bittersweet story together with clever wordplay and broodingly beautiful layers of melody.
Savior’s debut record, Belladonna of Sadness, was written in collaboration with Alex Turner of Arctic Monkeys and NME says, “Savior continues to build on that bold arrival and is becoming a star in her own right.” Her new album shows that not only does her voice stand alone, but that her musicality stands alone, too.
Savior recently announced her 2020 North American tour dates, which will bring her mesmerizing live show to Seattle, WA, Portland, OR, San Francisco, CA, Los Angeles, CA, San Diego, CA and New York, NY in February. Fans can hear the “striking and smoky vocals [that] belong solely to Savior (NME)” and these new picturesque melodies live. Tickets are on sale now. For more information, head to Alexandra Savior’s website: alexandrasavior.com.
ALEXANDRA SAVIOR’S 2020 NORTH AMERICAN TOUR DATES
02/11 – Barboza, Seattle, WA
02/12 – Lola’s Room, Portland, OR
02/14 – Cafe Du Nord, San Francisco, CA
02/15 – Pico Union, Los Angeles, CA
02/16 – San Diego, CA Soda Bar
02/18 – Mercury Lounge, New York, NY
X